Let me tell you where I stand right away. I loved White Teeth. Unequivocally, unconditionally. So now I, as a reader, have placed Zadie Smith in that impossible position of expecting her to repeat her first success, and produce something at once as astonishingly original as that novel, but in the same style, leaving the same feeling of breathlessness and joy and the immediate wish to re-read.

So far, I’ve been disappointed. I did enjoy On Beauty, and probably would have considered it extraordinary coming from another author. From Smith, it wasn’t as good as White Teeth. It was the same with NW. I couldn’t not buy it; I read it in one go; but it wasn’t what I was hoping to find. 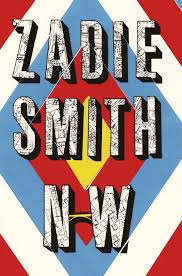 I could see she had tried to recreate the diversity of the cast of White Teeth, and each character was deftly drawn, at once fascinating and entirely ordinary. And, unusually, each was rendered in an entirely different writing style. The experience was almost that of reading three or four different books at once, with storylines that seemed casually to touch and overlap. However, at times this fragmentary style overshoots the mark somewhat, in that it interferes with the coherence of the plot. I have always preferred character-driven novels, and will argue the case that, where characters and their interaction are well-crafted, the importance of plot may be negligible. But NW had just too much happen for me to want to let it go as fluidly as the character transitions required. The appearance and disappearance of the stranger who cons Leah may be realistic, but the way she was not let go, whilst no explanation was given about her, just bothered me a little too much.

My main issue, however, did not come till the last part of the book, and was, predictably, with the ill-defined character of Keisha/Natalie. She was entirely understandable, and easy to relate to, while she struggled to build her career, made a good but unhappy marriage, and generally did what was expected of her, until she did the exact opposite. Her ambiguous relationship with her home neighbourhood of NW also made sense – wanting to leave it, and then coming back to a different area in it, still close to her history yet outwardly divorced from it. But I did not understand the cheap solution to this difficulty of making her enter the sex industry. Once the step had been taken, there is room to explore the relevance of her operating under her old name, ‘Keisha NW’ – but I found it very difficult to see why this twist had to be constructed in the first place. In my view, it hints too much at the ‘post-feminist’ discourse claiming the sex industry as empowering for women, and a free choice. Plot-wise, it was too much of a cheap shocker that did not sit well with the realistic psychological portraits of, particularly, Natalie’s childhood friend Leah.

The study of Leah is an item of beauty, its style leisurely and evocative, her motivations and concerns understandable. Natalie, too, although her style is radically different, is brilliantly constructed throughout her section of the novel, precisely because her motivations are not dwelt upon: it suits the character who attempts to erase her history.

Thus, although the character studies approach perfection in their originality and the extent to which they differ from one another, the plot, or lack of it, is what gets this novel down. Perhaps this time, Smith would have done better to have left it out altogether.