This year, the annual joint event organised by the Man Booker foundation and Birkbeck university hosted a once-winner of the Prize (The Remains of the Day, 1989), whose name has since been a recurrent feature on the shortlist: Kazuo Ishiguro. Last Wednesday, I attended his conversation with Birkbeck’s Creative Writing professor, Russell Celyn Jones.

The author of such deeply moving narratives as The Remains of the Day (Faber and Faber, 1989) and Never Let Me Go (Faber and Faber, 2005) struck a surprisingly deadpan attitude, which was quite refreshing amidst the deep questions about his deep novels. While he was imperturbably matter-of-fact, his responses retained the same subtlety as his narrative voice.

This narrative voice came under extensive discussion, as Ishiguro explained that it is his habit to ‘audition’ his various characters for the role of narrator. He avoids instituting alter egos, instead claiming that he often worked best with a narrator far removed from himself. He referred to the ‘Japanese’ tone of his early work, the elliptical and allusive manner of expression, and how it stuck, through the undemonstrative correctness of the butler protagonist of The Remains of the Day, long after he had ceased to write Japanese characters. He pointed out that there must necessarily be a dialogue between what and how one writes, and what critics and others write about one’s writing: it is impossible not to take on board something of what critics pick up on. 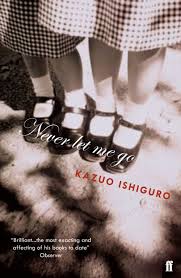 All Ishiguro’s novels, however widely they differ from one another, share a common theme in the exploration of self-perception, both of individuals and of nations and cultures. His interest is in the looking back and finding that one’s life or history has not been as admirable as one believed, and what he calls the ‘cat-and-mouse’ game this causes us to play with our memories – on the one hand wanting to face up and evaluate what we have done, and on the other, not wanting to confront and accept the truth, and constructing a different story about ourselves. Into this context slots the recurring element of fascist politics: the setting of post-fascist Japan in his two first novels, the fascist sympathies of the household in The Remains of the Day, and the fascistoid use made of the cloned children in Never Let Me Go. Through this interest, Ishiguro is also able to address again the age-old question of what makes us human – what he calls the ‘moral urge’ to know or feel that what we have done is worthwhile.

But, he points out modestly, this notion of human achievement is not by any means synonymous with artistic endeavour. Art, insists the multiple Man Booker laureate, is no big deal.