book review, Jeanette Winterson, Oranges are not the only Fruit, The Daylight Gate, witchcraft

It caught my gaze across Waterstone’s. I read the blurb, and it just had to be bought. Once started, it had to be finished – on the train into London, in stolen moments between lectures. Finished on the train back; my flesh still creeping, I cycled home quite a bit faster than I usually do.

The subject matter of The Daylight Gate (Hammer, 2012) is very different from Jeanette Winterson’s earlier novels, and yet it makes perfect sense. For a native of Lancashire, raised in a strict religious community (as explored in Oranges are Not the Only Fruit), the Pendle witch trials may well have a special fascination. In the current political climate, with a new-found interest in the Gunpowder Plot, the link between the conspirators’ flight to Lancashire and the witch trials is a well-laid one. And the fact that a wealthy and well-educated woman should be convicted amongst a group of vagabonds is certainly a puzzling lead worthy of exploration.

However, if I was expecting a novel in the style of the feminist fairy tales of Oranges, that was not forthcoming. The Daylight Gate is gruesome. There is torture, grave-robbing, starvation on nearly every page, and treated in a deadpan manner that makes it even more horrendous, as it makes clear how common they were during the period.

The fascinating pivot of the novel, however, is the precarious power balance in a country where witchcraft inspired genuine terror. Witchcraft is treated, by the impoverished Demdike family, as the only means available to them for getting their own back from a society that has cast them off. Even if they are not witches, they would rather pretend that they are, and risk terrible punishments, than surrender to the utter powerlessness of their social position.

By giving us this new perspective on society, Winterson cleverly upsets all our other expectations, leaving us wandering through an alien world where curious happenings could be witchcraft, drug-induced hallucinations, or the imaginings of a starved and abused child.

With its simple structure and meandering narrative, it is an extremely unsettling book – a horror story of high literary quality. And in its deceptive simplicity, it will creep you out. 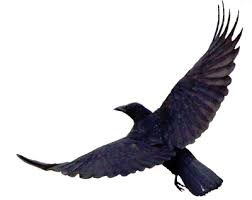